WHEAT Tokenomics: WHEAT is the token used to incentivize the products of the GrowthDeFi ecosystem. In exchange, a large portion of the revenues are directed towards buybacking and burning it, the ultimate goal is to make WHEAT deflationary.

Emission distribution: 100% of the WHEAT emissions go towards incentivizing farmers.

There is a 0% team allocation for the emissions.

The short term and long term goals of WHEAT: Throughout the earliest launch period the emissions of WHEAT are used to incentivize users to deposit their LP tokens into the protocol, the purpose of this is to quickly accumulate large balances in the Fee Collector contracts that constantly buyback and burn WHEAT.

The longer term goal for WHEAT is having emissions of it to continually incentivize the different products offered whilst being deflationary, deflation in WHEAT happens when the buyback contract is buybacking and burning more WHEAT than the emission rate at the time. WHEAT's unique sustainable model: The typical farming uses up any existing revenues to automatically buyback the token, however the point in time where the protocol is making the most revenue is usually also the point at which the token price is the highest, this makes the effective buyback amount negligible compared to the tokens being issued.

When the price of the token eventually crashes down so does the TVL/volume of the protocol and as a direct consequence the revenue of it, the result is that no matter the current state of the protocol it never has enough revenue to buyback more than what it's issuing.

This is where WHEAT innovates:

WHEAT's main revenue source comes from deposit and performance fees, the deposit fee builds up the balances of the fee collector contracts very quickly and the user is less likely to withdraw their funds if there is a deposit fee.

The performance fee capitalizes on the higher likelihood of TVL staying within the protocol and generates a more consistent revenue source.

In the case of PancakeSwap strategies this fees are paid in LP tokens, they go to the fee collector contract which in turns harvests CAKE regularly and uses it to buyback WHEAT & GRO.

As a result of this setup the amount of WHEAT being bought back is dependent on the profits generated by all the fee collector contracts, not the direct revenue of the protocol.

This leaves three scenarios depending on what the price of WHEAT does:

-Less Deposit & Performance Fees (Note that even if it's less it's still constantly increasing since the LP tokens aren't used for buybacks, only the CAKE it farms).

-Amount of WHEAT being bought back up increases overtime as a result of the increase in the balance through deposit/performance fees and the swap fee growth.

-Amount of WHEAT being bought back up goes down but its buybacking power increases faster than in the other scenarios, making it better prepared for when the price stays flat (Scenario 2) or starts dropping (Scenario 1).

The goal of WHEAT is sustainable farming, growth over the long term and being able to incentivize the products of the Growth DeFi ecosystem. 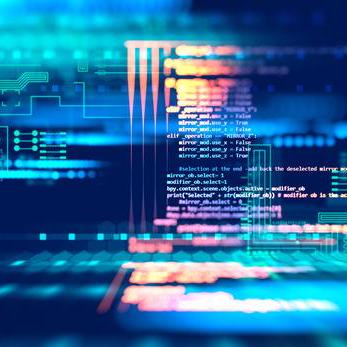